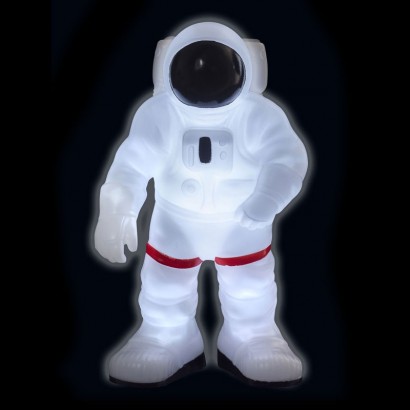 A cosmic night light with a groovy green glow, this light up astronaut night light continues to glow in the dark long after the light's gone out! Read more...

You may need...
In Stock Normally delivered within 1-3 working days
• Delivery Information • Returns Policy
Not yet rated
Review Light Up and Glow Astronaut Night Light

Space mad kids will love this clever astronaut night light that not only lights up with a comforting white glow, but continues to glow in the dark, even when it's switched off! Lit by a white LED, the fluorescent pigment in the astronaut charges when the light's switched on allowing it to shine with a cosmic green glow long after the light's gone out. At 15cm tall, this astronaut night light is just the right size for kids bedside tables, and can even be wall mounted so that the astronaut appears to float in the dark!