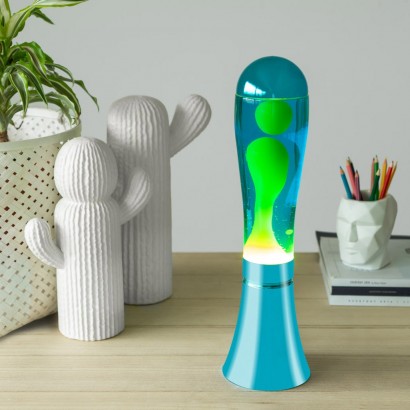 With a funky colour scheme and a metallic finish, this curved Magma lava lamp adds a splash of colour and funky retro style to your space! Read more...

Striking colour and a metallic finish make this funky lava lamp stand out from the rest and standing at 45cm tall, it's larger than most too! Lime green wax rises and falls in blue liquid in a captivating display that draws the eye and soothes the soul, making this funky lamp a must for bedrooms, living spaces, sensory rooms and more. Finished with a metallic blue end cap and base that compliments the lava inside, this Magma lava lamp is a funky take on the much loved classic from the 1960's.