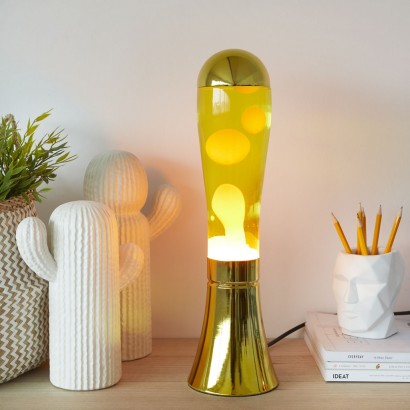 A luxurious take on the classic lava lamp, this impressive lava lamp has a striking golden glow! Read more...

You may need...
Out of Stock Please check back soon
• Delivery Information • Returns Policy
Not yet rated
Review Magma Lava Lamp Golden

The lamp with the golden touch, this striking lava lamp comes in all golden tones for a rich, luxurious feel. The retro classic, the single colour makes this stunning lamp a little less kitsch and a little more grown up, all the while still captivating with a golden lava flow. A mesmerising lamp that stands at an impressive 45cm tall, this Balvi lava lamp is as at home in living rooms and dining rooms as it is in teenagers bedrooms and sensory rooms.