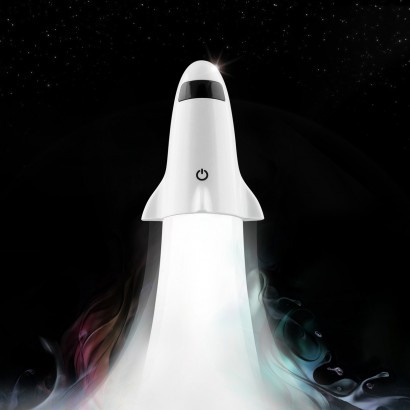 Discover restful nights and soothing bedtimes with a rocket lamp and LED torch in one! Read more...

Blast off to peaceful bedtimes with a funky rocket lamp that fills it's plume with white light for a gentle reassuring glow. A night light and torch in one, 3 LEDs in the base of the shuttle shine for 360 degree illumination for reassurance at night; press and hold the on/off touch sensor to adjust brightness from super soft to brighter white. Release the rocket from the plume with a gentle twist and it becomes a handy LED torch that young explorers can use to discover new worlds in the dark and reachargeable with around six hours use from a single charge, this practical night light is fully portable too!