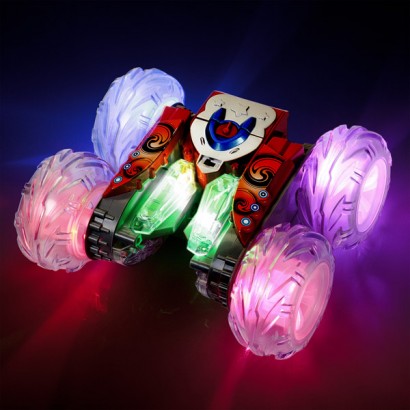 Unlike any remote control car you’ve seen before, the Stunt Racer 360 will blow you away. Light it up and watch it go, as it transforms into an incredible stunt car, with 360 degree spins creating an awesome light show! Read more...

You may need...
In Stock Normally delivered within 1-3 working days
• Delivery Information • Returns Policy
Not yet rated
Review Stunt Racer 360
Tell a friend

Not just any remote control stunt car, the Stunt Racer 360 is anything but ordinary. Illuminated with super-bright lights, the left and right wheel sets cleverly split to launch the car into amazing 360 degree stunts, creating cool light shows at the same time! Beware though, once you’ve played with the Stunt Racer 360, all other remote control cars will just seem plain boring!